The Argo Apartments: Bringing the Past into the Present 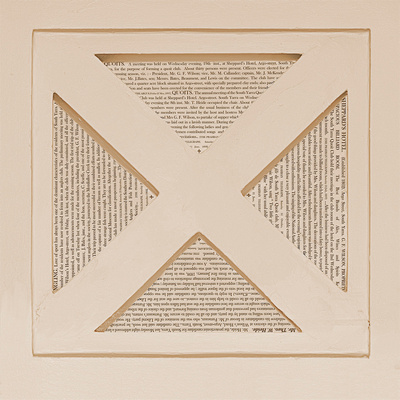 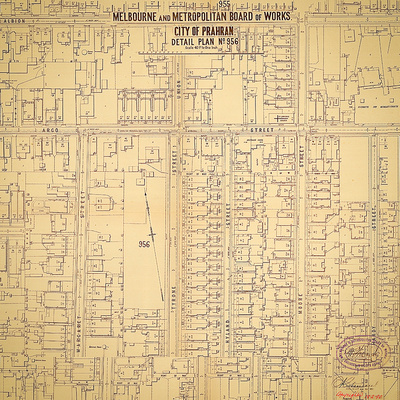 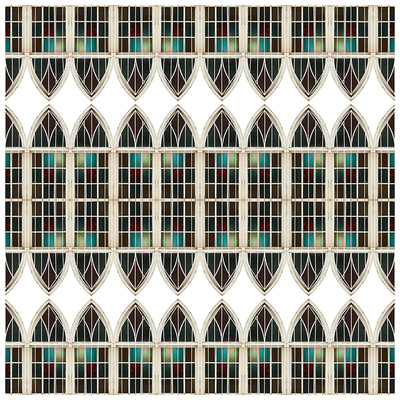 South Yarra's new Argo Apartments have a long history behind the refurbished facade. When Rtist Agency engaged us to create artwork for the apartments public spaces which acknowledged this history, we looked first to the building's "original" architecture for inspiration. The original hotel (then named Sheppard's Hotel) dates back to ca. 1866 but, as the hotel was rebuilt in 1927, it was the distinctive "cross braced X motif" on the balcony facade which caught my eye. The apartments were still under construction at this stage so there was the challenge of creating a fine art image when the building was completely covered in scaffold and scrim, and the interiors gutted. Luckily, there was one small section where the scrim had come away revealing enough of the X motif for me to get a preliminary image to use to work up my idea (a necessary stage to the creative process as the finished artwork was to be installed in time for the new owners to move in, but the facade repair and final paintwork was not completed until just before). Meanwhile, Sandra was researching the history of the original hotel and its licensees, finding stories in newspapers of the times. If only the walls could speak...so we decided that they could, and incorporated a selection of the newspaper articles into the structure of the X motif so they appeared as if etched into the stone itself.

Very few images of the early hotel exist. The earliest "image" being an MMBW map dating back to 1896 in the State Library of Victoria. This map showed the original Sheppard's Hotel and all the other dwellings, public buildings and infrastructure of the time, giving another insight into the life of Argo Street and the City of Prahran at that time. Beautifully drawn, it was like a work of art in itself. We took a detail of this highlighting the hotel and its original surrounds, tinting it to enhance the warmth of nostalgia that goes with old maps, and giving a subtle nod to the Verve Cliquot (orange-gold) label with which the later-named Argo Hotel was associated.

From the stories of the time we could really see how the hotel was not just a place to have a drink, but a gathering place for the local community. Much has changed in the street since, but directly opposite the apartments is the old church building that features in the MMBW map. It is still a church, although a different denomination now, and the old stained glass windows are still there. I was attracted to this window motif as a way of linking the apartments to the historic street scape of its origins. Photographing this as a detail, then playing with this motif in a repeating pattern, we created a beautiful contemporary abstract work with the patinas of the past.

As the interiors were public spaces, and very minimalist and modern in appearance, I chose to print these works directly onto glass which then fixed securely to the wall. I'd been waiting for the right project to use this medium as the glass printing technology has come a long way in recent years, with fine detail, good tonal range and a secure backing process. So although this medium is very minimalist, almost clinical, the images themselves are still warm and human in feeling, connecting the present with the stories of the past, adding depth and complexity and a sense of place to this latest incarnation of The Argo.